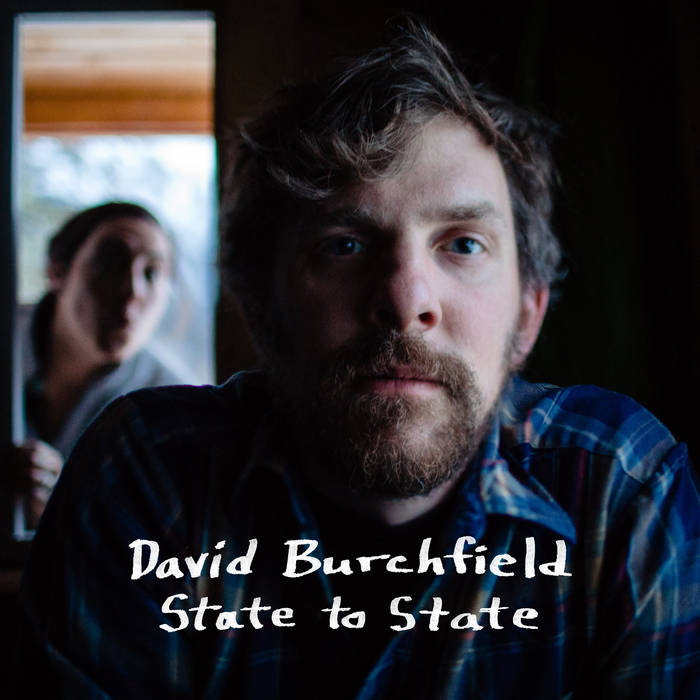 Years before David Burchfield refined his distinctive blend of Greenwich Village folk, Woody Guthrie wanderlust and effortlessly genuine Americana, the Kansas City native earned his songwriting stripes in the trenches alongside like-minded artists Joe Pug and David Ramirez. Growing up in a house soundtracked by Bonnie Raitt & Neil Young records, Burchfield picked up the guitar at age 12, and cut his teeth singing Sunday-morning hymns in the church. Later, he spent his college summers working at a wilderness area in New Mexico, picking old-time songs with friends around the campfire at night.

"I learned a lot from that time," Burchfield says of his unplugged nights in the Rocky Mountain backcountry. "I developed a deep love of traditional country and folk music, and it also taught me about connecting with an audience in the simplest, most direct way—no lights, no PA, and with just a few feet between us. That's still my favorite way to perform. It's all about connection."

State to State, his newest release, finds Burchfield traveling across the American heartland in search of stability and inspiration. Brimming with coastlines, highways, rolling plains, old hometowns and new destinations, the record evokes a vivid picture of a songwriter's wandering. Along the way, State to State also shines a light on the people, places and near-death experiences that have shaped Burchfield's music and outlook on life.

That brush with death is recounted on the pensive one-two hush of "Midnight on the Water” and “You're OK, It's Alright.” The former is a quick, solemn hit of traditional fiddle tune, while the latter is a poignant Burchfield original, inspired by a hair-raising crash, and the stark perspective that came in its wake—perspective that ultimately led him to rededicate his life to music. "I’d made two previous albums right out of college, and then more or less quit to move to Colorado and become an elementary-school teacher,” he says. “I was in my second year teaching when a truck hit me while driving my scooter home one night."

Rushed to the hospital, Burchfield awoke to find he’d escaped with only a broken nose and a concussion. Above all, he was left with a potent reminder of life's brevity and a fresh sense of urgency. Once again, he picked up the guitar, and out poured “You’re OK, It’s Alright,” the first of the songs that now comprise State to State. His passion for making music was rekindled.

Recorded in American Fork, Utah, with Burchfield's road band and producer Joshua James, State to State is filled with layers of guitar, upright piano, shuffling percussion, stately fiddle and the detail-rich lyrics of a troubadour who's seen his share of these United States. On the softly spun "Dishes in the Sink," Burchfield struggles to settle into an unfamiliar home, pedal steel swooning in the background, while the slow-motion swagger of "Ain't Gonna Be Easy" finds him reflecting on relationships with his hometown friends over some understated brass and the steady chug of an electric guitar. As this 11-track journey plays out, Burchfield meanders from tender acoustic moments to lushly amplified highlights like the soulful stomp of "Feelin' Pretty Alright," a track that would be right at home on The Band's proto-Americana gem Music From Big Pink. The result is an album that highlights Burchfield’s acoustic roots and electrifying present.

An impressive musical tome, State to State reads like an Americana travelogue stocked with songs borne of a restless spirit and adventurous heart. David Burchfield has never sounded more at home.


Produced and engineered by all around nice guy Joshua James inside Willamette Mtn Studio and Farm in American Fork, Utah, USA with assistant engineering by Josh Snider

Mastered by Reuben Cohen at Lurssen Mastering in LA

Bandcamp Daily  your guide to the world of Bandcamp